All About Space Issue 4

Gaze far into deep space, and explore how science and technology are seeking to uncover the far reaches of the universe. 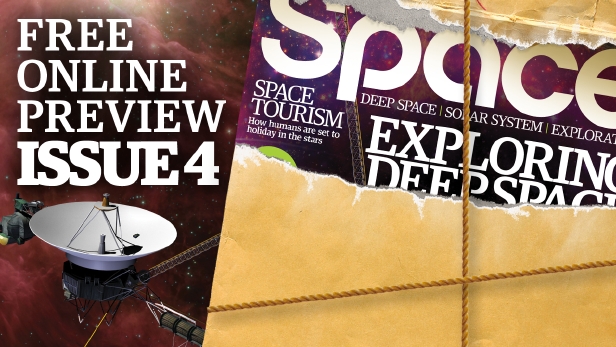 As we move onto the fourth issue of All About Space, we have time to reflect on what has been a hugely eventful year for space science and exploration for a number of reasons.

From the highs of Curiosity landing on Mars to the more recent passing of two icons of space exploration, Sally Ride and Neil Armstrong, it’s been a year of mixed emotions for those in the space community. Following our tribute to Sally Ride in issue 3, you can read our look back at Neil Armstrong’s life in issue 4.

While we reflect on the loss of two pioneering explorers, so too can we revel in some outstanding accomplishments being made in the modern space age. It’s a hugely exciting period for everything space-related, and even if you’re the most casual of space-enthusiasts there has never been a better time to get involved. One man who has helped to make space accessible to the masses almost more than anyone else is Sir Patrick Moore, who we spoke to in-depth in issue 4.

Also inside this issue we gaze far into deep space and reveal how science and technology are seeking to uncover the far reaches of the universe. We’ve also got fascinating articles on space tourism, Saturn’s rings, comets, underwater space cannons and much more to sate your cosmic appetite. From 20 September All About Space will be available digitally at www.greatdigitalmags.com and in all good supermarkets and newsagents. You can see some of the highlights from the issue below.

As always we welcome your comments on the magazine, and we’re also looking for images of your own astronomy set-up, so make sure you get in touch if you’ve got something to say or some great images to show us.

How astronomy and technology reveal the distant regions of the universe.

With commercial travel on the verge of takeoff, we examine the industry’s frontrunners.

All About Space talks astronomy with the legendary Sir Patrick Moore. Could Jules Verne’s vision one day enter the realms of science fact?