Hitler at War: All About History issue 2 free preview

All About History issue 2 is on sale now from all good newsagents and supermarkets, the Imagine Shop and Great Digital Mags

All About History issue 2 is on sale now from all good newsagents and supermarkets, the Imagine Shop and Great Digital Mags. Below are some of the highlights from the issue.

Our opening section this month looks back at over 2,000 years of exploration, charting its history through to the current day. Eye Witness: The Fall of Saigon

We spoke to award-winning photojournalist Dirck Halstead, who was on the scene when Saigon was invaded by North Vietnam in 1975. 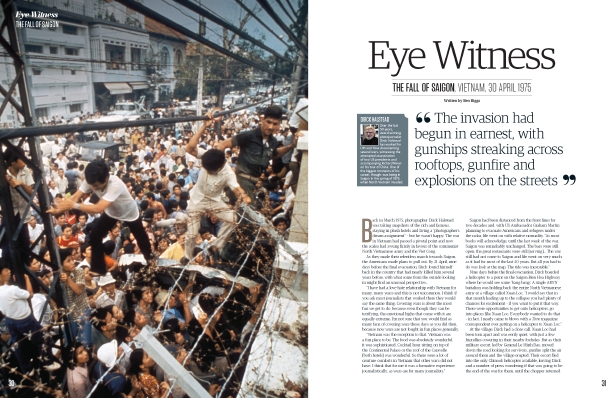 What if the Cuban Missile Crisis had escalated?

Expert Dr Eric Swedin tells us what would have happened if the US and Soviet Union had started World War III in 1962. To what extent did the Führer’s military leadership style affect the outcome of World War II? We get expert Dr Geoffrey Megargee’s verdict on Adolf Hitler’s tactical prowess. The most powerful civilisations the world has ever seen face-off for the title of greatest empire of all time. The Other Cold War

While everyone focused on the US-USSR power struggle, an even more bitter conflict was playing out between the USSR and China… All About Your History

Our readers send in their pictures and stories from the past, including a tragic tale of a World War II bombing raid. If you’ve got a story to tell, send it to us via Facebook, Twitter or email.